We Will Overcome this

Curious timing for his departure

Research and Development Wildland Fire and Fuels Accomplishments and Outcomes

A Wildfire Risk Assessment Framework for Land and Resource Management

Global trends in wildfire and its impacts: perceptions versus realities in a changing world

What do we do?

What do we do about this intrusion?

The United States shall guarantee to every State in this Union a Republican Form of Government, and shall protect each of them against Invasion; and on Application of the Legislature, or of the Executive (when the Legislature cannot be convened) against domestic Violence.

Declaration of Independence: A Transcription | National …

But when a long train of abuses and usurpations, pursuing invariably the same Object evinces a design to reduce them under absolute Despotism, it is their right, it is their duty, to throw off such Government, and to provide new Guards for their future security.

The Intrusion is based on a means to an end, to change our society and system of government.

We the people must stand up and require them to uphold their oath of office.

: a person who collaborates with another: such as
a: someone who works with another person or groupWith our students and collaborators, we have developed … a tool that couples a video camera with specialized computation.— Frédo Durand et al.
b: someone who assists an enemy (such as an invader or part of an occupying force)… the Germans had allies and collaborators who, whether from conviction or perceived necessity, sought a privileged place in Hitler’s New Order.— Robert Skidelsky
What are we the people to do about this?

1. Realize we have an enemy

2. We must petition for right of redress of grievance

We are in distress.

Petition our federal government, because our state officials will not uphold their duty to protect the people from and enemy.  Outside forces are being used to remove our rights as citizens.

We must petition (and do it right)

We do not consent to the overthrow of our freedom.

We can do something, America is a self healing institution.  It will stand, if we understand the intrusion and demand the constitution of the United States be upheld.

Why is our governor accepting the anarchists and allowing them to continue destroying?

What does her oath of office say? Governor of Oregon Oath of Office

Is the Governors Order a Harm to Jackson County?

If Jackson County has effectively managed the emergency, Why are we being restricted?

What was the legislative intent of the words “shall be no larger than necessary to effectively manage the emergency?  Could it be to limit the power of the Governor?

Jackson County Commissioners missed a significant opportunity to positively effect the citizens of Jackson County by choosing not to send this letter to Governor Brown.

Office of the governor

The people we serve have never seen such a problematic landscape as now lies before them. Over the last several years health impacting, and economy destroying smoke filled the valleys of our region, and now the effects of the reaction to the “COVID 19 Pandemic” are crushing the last remaining segments of our economic life. Our duty and obligation of the Board of Commissioners is to protect our constituents in all ways. The balance of health and the economic well-being of our Jackson County citizens and businesses has been addressed proactively and reactively to the effects of this declared emergency. We have given careful thought and study to a planned reopening of our local economy and are ready to move forward with a carefully monitored strategic approach that addresses the concern of a potential increase in COVID-19 cases.

Based upon the realities of the data we have collected and continue to collect; our Board and staff have asserted unanimously that we have responded effectively to the emergency.

Upon consideration of the above information we studied further the language of ORS 401.165. This is the Statutory Authority for which the Governor has based the Executive Order 20-03 upon. We found in ORS 401.165 (5):

“Any Proclamation of a State of Emergency must specify the geographical area covered by the proclamation. Such area SHALL be no larger than necessary to effectively respond to the emergency.”

Based upon the realities of this data, we find that as a function of law, Jackson County cannot be held subject to the Executive Order based upon the Oregon Revised Statute (401.165).
(  however we want to document and state our continued successful dedication in monitoring and controlling our cases locally—-). This addresses our respect for this pandemic, the need for local public health partnership, and the support of our State agencies, in assuring and supporting a positive outcome.

So much of the recovery in this pandemic, demands the decision and autonomy of localities, especially as we also prepare local schools to begin plans to open this fall. The statewide mandates fail to address the uniqueness of local successes and progress out of the pandemic. We asked early on if the Counties would be autonomous in the process, and the Governor’s answer was a resounding, “yes”. We support that and hope our plans moving forward will be a model for other counties to gain momentum for success, as well.

Here is a link to Jackson County’s Website https://jacksoncountyor.org/hhs/COVID-19/COVID-19-News/situation-in-jackson-county-oregon-1

Jackson County is and has been responding effectively to the emergency.

We Have to Be Smarter Than This

Fear will not keep us free...

Not very long ago, we were being soaked with smoke from fires.   We were told to accept the “new normal” of business and freedom killing smoke in our area.

Our Jackson County Commissioners did a fantastic job of taking care of us by stopping the practice of prescribed burns after fire season is declared, and putting fires out instead of letting them grow out of control.

Open letter to Governor Kate Brown from Dr John Powell:
Public health messaging, endorsed by policymakers, that all citizens conform to their recommendations to avoid killing loved ones is untrue and cruel. Rising numbers of COVID cases illustrate that what we are doing is not working. Data demonstrating falling infection fatality rates, emergency department visits and hospitalizations due to COVID coupled with age severity differentials demand a more targeted and sustainable public health approach. Let us start by structuring the pandemic around our lives and not our lives around COVID-19.

Jackson County is and has been responding effectively to the emergency.

Running for office and planning to overthrow this Country? Here’s some advice

Running for public office and planning to overthrow this country? Here's some advice...

If our silence is our consent, then we must remove our consent for that activity to continue.  We do so by speaking out and holding elected officials accountable.

These are our elected representatives, we need to not be silent.  We need to break down the actuality of what they are trying to do.  What it adds up to is wrong on every level, and we need to force the issue, keep it at the forefront.

Sustainable Development is a United Nations program to avoid the laws of the United States.  Laws and administrative procedures that are outside of this country, being adopted illegally by elected officials. It is the imposition of restrictions that go against the personal freedoms we enjoy as American Citizens.

Read, listen, go to these meetings and start vocalizing your ability to say no. You have to say you do not give your consent to this, you do not want this.  It’s good to say we want a cleaner world, fine, work on being cleaner, but don’t take away the power and capability of our laws to protect us.

If you are running for public office, and you are going to be part of overthrowing this country, your obligation and duty is to vocalize it, tell us so we won’t elect you.

How does this save millions?

Information about the city of Talent

Dethroning the Empress of Oregon

Dethroning the Empress of Oregon

The Way through This

This is from Thursday morning with Bill Meyer on KMED in Medford, Oregon.  Ed (Mr X) and Bill discuss using common sense logic and the protections of our constitution.  Specifically the right to petition the government of redress of grievances.

It is important to be reading the right things, and thinking about the outcome we desire and can control.   If we exercise the opportunity to speak out and require our elected officials to adhere to their oath of office.

Seems we have some time, here’s some great material to read and understand.  Then make sure to reach out to your local elected officials in writing.

Let us work together as a community and express the outcome we desire.  The reopening of the economy in Southern Oregon, and the refusal of the incremental tyranny being forced upon us by government.

Put an End to Cap and Trade

When you look at these things, they are so connected.  There is a definite fight against our ability to sustain our way of life.

It is a move to change our total political system, and that is against the laws of this nation.

Our elected officials must honor the obligation and duty to protect us from the intrusions proposed, which would as noted below, result in adverse economic effects on Oregon households and businesses.

Thank you for checking out MrXfiles.  My goal is to put together helpful posts that share Ed’s message with the Rogue Valley and beyond.  I am thankful to have the opportunity to help, and will strive to do a good job for you by uploading the broadcasts and links as swiftly as possible.  This is becoming a great resource that you can rely on for trustworthy information.

As Bill mentioned in the broadcast, this is a labor of love.  We are truly thankful for your support.

Where did the smoke originate?

Important conversation about the importance of speaking out and making effective public comment.

A look at what may be coming

Here are the links to many of the documents Ed found in his research.

We are working diligently to provide valuable information to you to help in your quest to stand up and speak out against those who intend to take away our freedom.

Feel free to click the button below and sign up so we can email you with updates and helpful information.

How can I make a difference and what can I do to help? 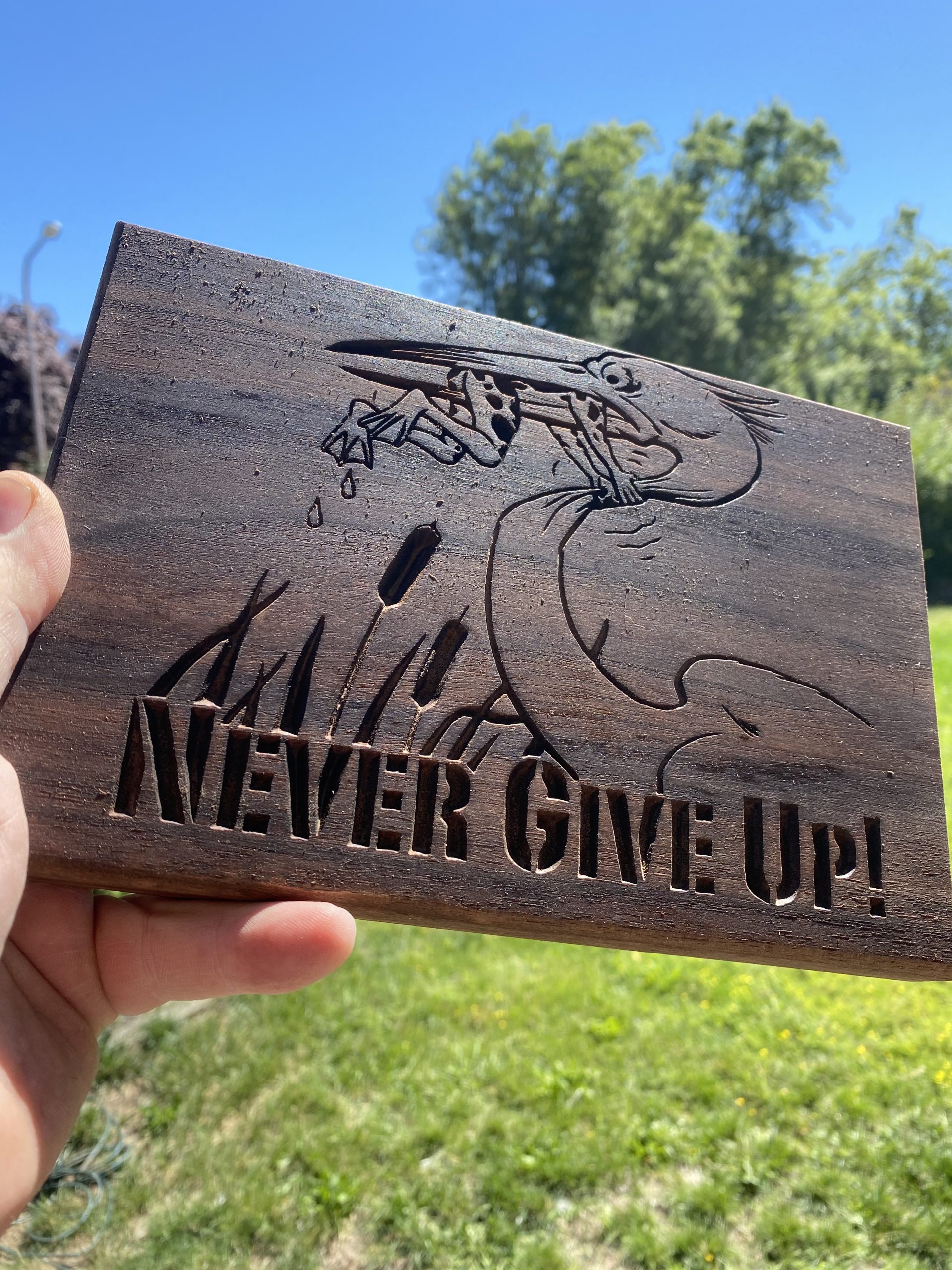 Presidential Memorandum on Promoting the Reliable Supply and Delivery of Water in the West
https://www.whitehouse.gov/presidential-actions/presidential-memorandum-promoting-reliable-supply-delivery-water-west/
From:

“increasing use of wildland fire for meeting resource objectives”
https://www.forestsandrangelands.gov/strategy/documents/strategy/communications/ScienceWildlandFireMgt_NSAT_2014.pdf