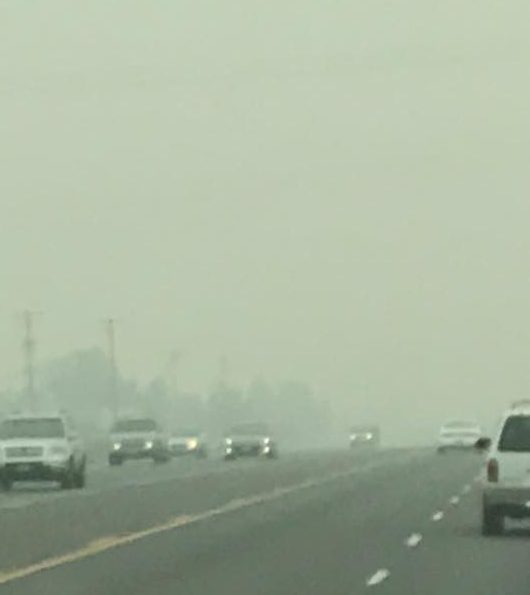 State the effect of the problem on you and your family’s life, health and wellbeing.

State what you would like to have done to solve the problem.

Here are some statements from Zinke in an article which fully supports our thinking about what’s needed: An Emergency Smoke Ordinance

I was camping with my son and his friends on July 15th, 2018 and witnessed the thunderstorm that took place that day.  I was troubled to hear about how many fires started from the lightning strikes, but even more troubled to discover how many of them were allowed to burn and cause harm and damage from smoke to the residents of Southern Oregon.

The following weeks were very difficult in Southern Oregon due to the smoke from resulting forest fires that were allowed to burn instead of being dealt with immediately.

The impact of that smoke has been negative, and far reaching.  Financial, physical and social with effects that continue beyond when the smoke clears.

Personally, my financial wellbeing was negatively impacted due to loss of work, or inability to do the work outside due to breathing issues.  The summer months are very important to me, it is usually a very busy time that allows me to prepare for the lean winter season.  That was not possible this year, and I am still trying to catch up from the loss of work this summer.

The smoke negatively effects my health and quality of life.  I did have to seek medical attention on two occasions for breathing treatments over the last two summers.

My son and I enjoy fishing, but due to smoke we were not able to go every weekend like we usually do.

As a resident of Jackson County I am saying current wildfire management policies are unacceptable.

In summary there are many significant, negative and long lasting effects of wildfire smoke that I have observed on the people and businesses of southern Oregon.  The policy of allowing fires started by lightning to burn to accomplish wildland management objectives must change, and those fires must be addressed immediately.  The policy of using prescribed burning must not be allowed during the fire season, due to risk of them getting out of control because of excessive catastrophic fire danger level.

Wildland fire management must first consider the health, safety and welfare of the residents of the Rogue Valley and must exit from the condition of intrusion by extremist environmentalist’s objectives of restoration by burning our beautiful forest lands. Our elected officials must use wisdom and common sense to deal with catastrophic fuel levels and the impact on our treasured wildlands.

Lightning strikes must not be used as an excuse to accomplish land management scenarios.